By AASHAY SAHAY - March 10, 2020
The conservative wing of the Republican Party had a simple goal - they would rather control the party, even if it was out of power, than have the party come to power under moderate Republicans. Anyone who wasn't conservative enough on every single issue was put on notice and Republicans who made common cause with Democrats even on common sense issues faced primary challenges from conservative opponents. Richard Lugar, former Republican senator from Indiana, was a ranking member of the powerful senate foreign relations committee and a six term senator.

He was primaried for having worked on bipartisan legislations with Obama. His rival, Richard Murdock won the primary but lost the general election but these losses did little to deter the conservatives and they doubled down. This strategy eventually paid off. Conservatives have a stranglehold over the party and bipartisanship is dead with no place for moderates in the party. 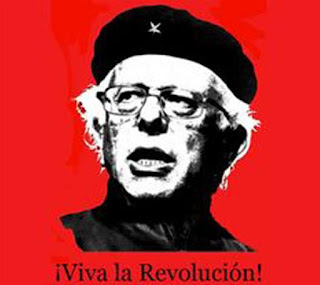 The moderate wing was decimated with moderates either withdrawing from the party or embracing conservative policies and beliefs. Some Republicans, like Charlie Crist, switched party allegiances; others like Thom Tillis and Lindsey Graham are more than eager to toe the conservative line.

Something similar is afoot in the Democratic Party. Bernie supporters, who represent the left wing of the party, have launched a no-holds barred attack on Joe Biden calling him senile and pretty much a Republican. A new polls suggests that 40% of Bernie supporters will either vote for Trump or not vote at all. This doesn't bode well for Biden's chances in 2020. It’ll also be a carnage for House and Senate candidates running in relatively conservative seats. But what do Bernie supporters stand to gain from seeing Trump re-elected and Republicans holding onto the senate majority. After all, Trump is the anti-thesis of everything they stand for.

As much as they hate Trump, they believe that all of establishment is the same and Biden, once in power, will only serve the interests of the rich and powerful. For them any incremental change is too little to make a meaningful difference. They believe that there is more to be gained from a progressive presidency even if it comes after another four years than from a moderate democrat’s presidency.

On the flip side if Biden loses, it deprives the moderates of the best argument they have had-that they are more electable. Two consecutive general election loses with moderate candidates will embolden the progressive wing. They won't have to address the electability question any more than the moderates will have to. Progressives have already begun launching primary challenges against establishment Democrats and a defeat for Biden will only accelerate the process. Just like the conservatives had to put up with short term losses.