Organizing a Tournament Part One [Organizing the Org Comm] 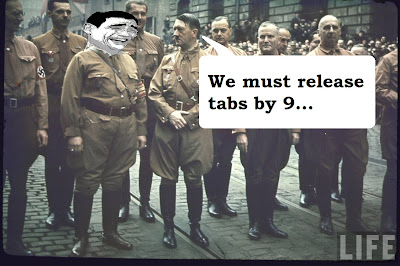 Given below, is what I believe to be an ideal structure for an organizing committee. Allocating people according to the below mentioned departments with one person heading [directing and ultimately liable for any success or failure] each department enables the org comm to operate seamlessly and preempt and prevent most problems that are likely to crop up during a tournament. If you go through the outlined responsibilities for each department you will realize it encompasses a lot of issues* that are frequently  encountered by tournament organizers, but since this might be your first time you might not have accounted for it...

The usual approach is to have a bunch of people doing everything together. But this causes major issues, one is that no one has ultimate responsibility for any particular task and therefore things get delayed, ignored or forgotten and thereby it is a rather inefficient way of doing business. Also, any ultimate failure is no one's responsibility and thereby procrastination and 'passing the buck' becomes endemic.

Over and above this, it is always useful to get the org comm together and play out the entire tournament in your minds** step by step and try to brainstorm over what specific issues might crop up. Once identified you can figure out ways to avoid them or handle it when it does crop up if it does.

Event Coordination: Coordinate the function of all departments and ensure everyone is doing their work, keeping tally of the number of teams expected to come and ensuring all other sub departments are geared for the same. Additionally the task of Social Network propaganda and general Tournament promotion can be undertaken.

Hospitality: Break night, Handling teams and their requirements once they arrive, handling acco allocation, ensuring teams wake up and turn up at the venue on time, get food, reg on time, pay the cash, fill the forms, water, food, for one and all. ....

Sponsorship: sponsor identification, presentation, coercion, acquisition.
I recommend, Debate Societies identify members on the right side of the birth lottery, who are capable of extorting rich uncles/taoos/kapoor uncles etc. and giving them some fancy ceremonial positions in return for sponsorship aid.

Logistics and Facilities: Class rooms, audis, acco, all venues, arranging the acco and ensuring there is enough place for the teams showing up, Stationary, banners, all print materials, water, trophies etc.

* Say you have to start at 10 am and teams haven't showed up, lack of anticipation will lead to a panic and thereafter a whole lot of people will be running helter skelter trying to locate teams (I have seen this happen at way too may tournaments). A dedicated team of people being at the acco at 9-30 am and pushing people to leave will mitigate this problem.

** I mean this literally. like start jotting down each step (teams arrive, taken to acco....). It's like running a simulation of the tournament and troubleshooting possible issues.

Hope this was of help.