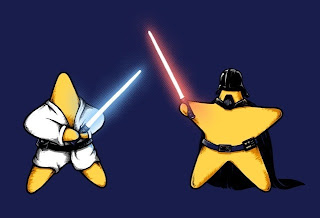 Now while most of us debate for pride, glory and because we generally love debating; anyone who has a chance at making money while at it, weighs prize money as a crucial factor while taking the call on what tournament to debate at. There are two disturbing trends that have cropped up in the debating circuit as far as prize money is concerned. The first involves the organizers shelling out the promised loot only after immense delays and after colossal extents of heckling. In some rare cases we have seen a complete non payment of the amount. The second is the wide spread phenomenon of declaring a monumental sum as prize money to rope in teams and then scaling down the amount when it's time to pay up.

Keeping this in mind and a suggestion made to DebatersDiary by Karthik, we have devised a Tournament Credit Worthiness Rating system which will be based on the feedback we receive from the participants with regard to a tournament's compliance to the promises they make with respect to prize money.

This is the metric we have come up with, feel free to suggest changes:

The ratings will take into factor the Tournament's performance over its past editions with a greater weightage given to the outcome from its most recent edition. Debaters invest a significant amount of time and money to compete at tournaments and there is thus an imminent need to end the kind of skulduggery being exhibited by an ever growing array of tournaments, at the same time commending those that have kept their word.

Unknown said…
This is very essential blog; it helped me a lot whatever you have provided.
3 crorts
September 11, 2013 at 3:38 PM

Micheal Hussey said…
The blog was remarkable and it adds to my knowledge that Quicken has a component for debt management that I got really inspired of.
3 credit scores
September 12, 2013 at 1:16 PM