By AASHAY SAHAY - September 12, 2012
Two major BP tournaments are coming up in October. A look at what's on offer... 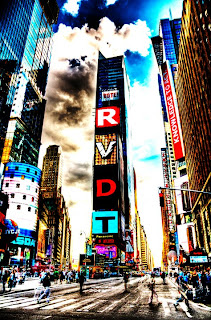 -Has paid around 1.5 L as total prize money in the previous editions, expect about the same amount this year.
-Has been quite competitive over the years. Presence of good teams.
-Adjudication standards have been quite good so far.
-No issues with tabbing in the previous editions.
-Known to have a dowdy break night party.
-Provided good accommodation last year and promise the same this time around.
-Is breaking the tradition of having all internal adj core by including Harish Nataraj and Prasun Bhaiya in the core this year. Both have stellar track records.

-It is an open tournament as it was last year. This resulted in a pile on of veteran debaters crowding the breaks last year. If you're a novice debater you might still want to go for the learning experience. Else you can ask if there's a novice break. RVDT 2011 did have a novice break.
-RVDT is changing over from the Asians 3 on 3 format to the BP format this year.
-Has had slight issues in the past with late payment of prize money, although nowhere close to NUJS.
-Reg money most likely to be steep. They are also introducing a system of pre reg by wire transfer of reg money for confirming reg slots for teams.
-RVDT usually pays best adjes handsomely but the question is as to how they intend to handle the process of picking the top adjes this year. The idea of picking best adjes in BPs has probably been seen only in Indian tournaments and so far has been done on 'Adj Core Discretion'.
If they chose to go strictly by numbers it might be problematic because of the leverage a chair has in this format in terms of scoring panelists. Adjes look out. 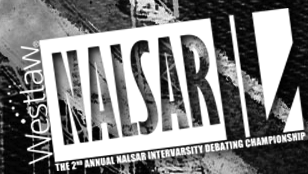 -Decent prize money.
-Competitive tournament. Held novice breaks last year. Has allowed cross teams over the last two years despite being an IV, wonder whether they will this year.
-No complaints with the adjudication quality over the last two editions. Adj core has been good so far. This year's core is to include Sidharth Chauhan, James Kilcup and Jens Fischer.
-Tabbing should go smoothly due to Fischer, master of tabs at wudc 2013.
-NALSAR IV introduced BP to India hand has run this format in their last two tournaments seamlessly.
-Known to have hosted great break nights.
-Has had pay per view worthy finals over the last two years.

-Cost for AC acco is high. Non AC acco most probably in the hostel.
-Best adj selection happened on the basis of adj core discretion (a perfectly fair mechanism in most cases, but lacks the black and white transparency of a numeric system) last year. If you're adjing for money, you might want to check out what they are planning on this year.
-Essential to keep track of list of subsidized adjes as you won't get adj core chairs in all rounds and its not very smart to rely entirely on competitive adjes showing up in good numbers.

We will keep updating you as and when we come to know more. Join the discourse on Facebook or Mail us.