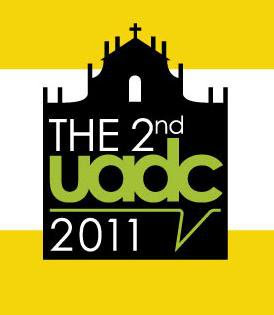 Round 1:
-THW not allow minors to be involved in politics.
-THW scrap the government pension system.
-TH regrets the practice of 'tiger' parenting.
Round 2:
-THBT copyright of visual media belongs to the subject and not the photographer.
-THW build a national DNA database.
-THW ban the collection and sale of location and usage information by Smartphone companies.
Round 3:
-THW ban adult entertainment from casinos.
-THBT it is wrong to raise money for social welfare through national lotteries.
-THW remove all sin taxes.
Round 4:
-THBT countries which pollute common waters should lose their Exclusive Economic Zones (EEZs).
-THW not grant citizenship at birth to the children of foreigners on domestic soil.
-THW pay the militaries of the other states to fight our battles.
Round 5:
-THBT doctor should never lie to their patients, even for their own good.
-TH celebrates the willingness of women to be 'sluts'.
-THW allow individuals to purchase behavior-modifying drugs without prescription.
Round 6:
-THBT China should leave the WTO.
-THBT China should support the unification of the two Koreas.
-THBT China should actively incentivize celebrities and public figures who are non citizen ethnic Chinese to naturalize.
Round 7:
-THW make education in the high arts mandatory in schools.
-THW require presidential candidates to disclose their official records upon public request.
-TH regrets the high priority given to sports in the national consciousness.
Round 8:
-TH prefers a secular autocracy to a fundamentalist democracy.
-THW erase the legacies and tear down monuments dedicated to deposed dictators.
-THW require election campaigns to be bi-/multi-lingual.
Double Octo Finals:
-THBT states should actively protect the practice of home grown religion.
-THBT the state should cease to recognize the specific 'right to religious freedom.
-THW not allow religious missions to access the vulnerable.
Octo Finals:
-THW target the families of our enemies.
-THBT it’s legitimate for states to exaggerate threats to pass unpopular legislation they deem to be in the interest of national security.
-THW discontinue all Black Operations.
Quarter Finals:
-THW make the raising of business and labour standards a prerequisite for development aid.
-THW punish financial institution who fail to maintain liquidity in situation of market fluctuation.
-THW discard tourism reliant economy strategies.
Semi Finals:
-TH welcomes the development of the feminist discourse that embraces and expounds on the physical psychological differences between men and women.
-THBT seduction is a legitimate tool in achieving political ends.
-THW send women as ambassadors to the countries that oppress women.
Finals:
THW never offer amnesty to heads of state in the midst of possible regime change.