THW privatize funding for all scientific research for critical diseases. 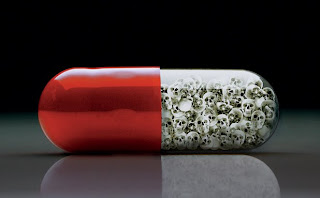 Case Statement: G.O.I. should privatize funding for all research for critical diseases and either buy the patents of the drugs post facto or subsidize them in order to make them accessible to the lower classes. However, the government should not take upon itself the burden of RnD; due to its inherent systemic inefficiency and inertia in such fields.

- Government is good at following set procedures. Government processes are exceedingly rigid and this results in inefficiency in terms of achieving results in the field of research.

The government procedures have inertia and this negatively affects the process of research and development; which is proven by the example of how IIT professors don’t get grants on time due to the red tape-ism. Furthermore they don’t have the cutting edge technology and apparatus required for achieving the desired results.

- Government processes aren’t as risk averse as private institutions when it comes to taking up new ideas in the field of RnD and funding them which results in further hindrance to the process of finding vital drugs. On the other end of the spectrum, once a government institution takes up a project they keep bearing losses despite obvious failure as admitting failure results in ‘loss of face’ for the ruling government. This compounds the monetary burden on the tax payer while not delivering results.

Example: The Light Combat Aircraft project undertaken by the government extended way beyond its due date thereby making the technology redundant and huge monetary losses.

ISRO’s chandrayan project is a failure for the most part and yet the government keeps pumping money into it.

- Private corporations are much more risk averse which enables them to pursue a lot more ideas.

- Research and development requires a certain degree of flexibility for the researchers, cutting edge equipment and monetary backing; all of which the private sector can provide.

Also, research has a breakthrough nature which inherently means that getting results is not a function of the hours spent but rather a moment of genius. Such form of functioning is relatively difficult within government structures.

In addition, private entities know when a project is a failure and have no qualms recognizing the fact and diverting funds to more fruitful projects.

- There are always multiple pharma cos. backed by venture capitalists working towards on drugs for a particular disease. In this case, if there are 20 cos. and even 1 succeeds and 19 fail, the drug is still developed. This is preferable to the government failing 20 times.

- These drugs are worked upon by specialists and the specificity of their work ensures than instead of simply chasing profits, they continue working in their field and thereby most possible avenues of research are covered; in turn assuring that the private industry on the whole covers most diseases and not necessarily a set of diseases whose drug might yield the most profit.

- Government should invest in palliative care and uniform health care.

- Research on critical diseases should be privatized and the government should either buy the patents post facto or tie up with the private sector and subsidize their drugs in order to make them accessible to the lower classes of the society.

- The private industry will not want to lose out on a major chunk of the market that is the ‘not so well off’ population of the country and hence will be willing to tie up with the government by reducing the price of their drugs for the poor and then the government will be able to make it further cheaper by chipping in itself.