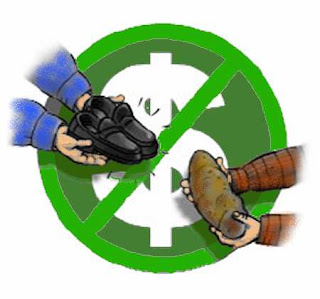 - Each nation has a comparative advantage in terms of resources. This inherently results in its economy being centred around the exploitation of those resources (Ex: Oil in the middle east, Human resource etc. in China...). Therefore, most nations are dependent on trading in order to fulfil their requirements. When nations in a region work together in a trading block, they can complement each other’s resources.

Smaller nations (Ex. Sri Lanka) are bound to have limited resources as compared to larger ones (Ex. China) and thereby stand to benefit even more from being a part of a trading block.

- Since trading blocks are formed on a basis of regional affinity, lower costs of transportation and low or null trade taxes make resources and products easily accessible and cheap within the region. This results in the creation of Meta Markets which can integrate resources from various parts of the region into a common Industry in order to boost productivity, create jobs, reduce production costs, make available cheaper products and bring investments in the region.

- Each nation seeks to attain self sustenance. However, it is nearly an impossible objective and even more so for smaller countries due to the specificity of their resources. Each country has a comparative advantage in terms of resources and abilities. Forming regional trading blocs can help individual countries overcome these handicaps as they can complement each others’ economies, resources and abilities by trading and investing within these regions without the obstacles arising out of high trade duties.

-The socio-economic stimulus results in a relativistic stabilization of the economy in the region. This is attributed to the increased ability of the region to be self dependant. This in a long run leads to a general socio-political stabilization as well; since the boosted trade by virtue of a trickle-down effect improves the general quality of life within the region.

- Trading blocs enable a mutual support structure whereby the member nations are able to prop each other up during lean times. For example in the EU, Germany pioneers the bailout effort for Greece as it is a major consumer of German goods.

- Smaller countries which individually would not enjoy much leverage in trade forums and other international bodies now have a say as a bloc. In this case, forming trading blocs acts as a force multiplier. Such a move is essential to bring these countries at a position comparable to that of the prevalent powers such as the USA, China etc. in terms of negotiating power.

- Smaller countries in a bloc with more economically able countries benefit by piggy backing on the latter’s negotiating powers as seen within the NAFTA.